“Lauren’s Place” is a memorial to a San Rafael resident who died in the 9/11 terrorist attack in 2001. Indicated simply by a wooden trellis with brick columns and a bronze placard, it is located in the most central alley in San Rafael, which is in a state of overgrown disrepair. 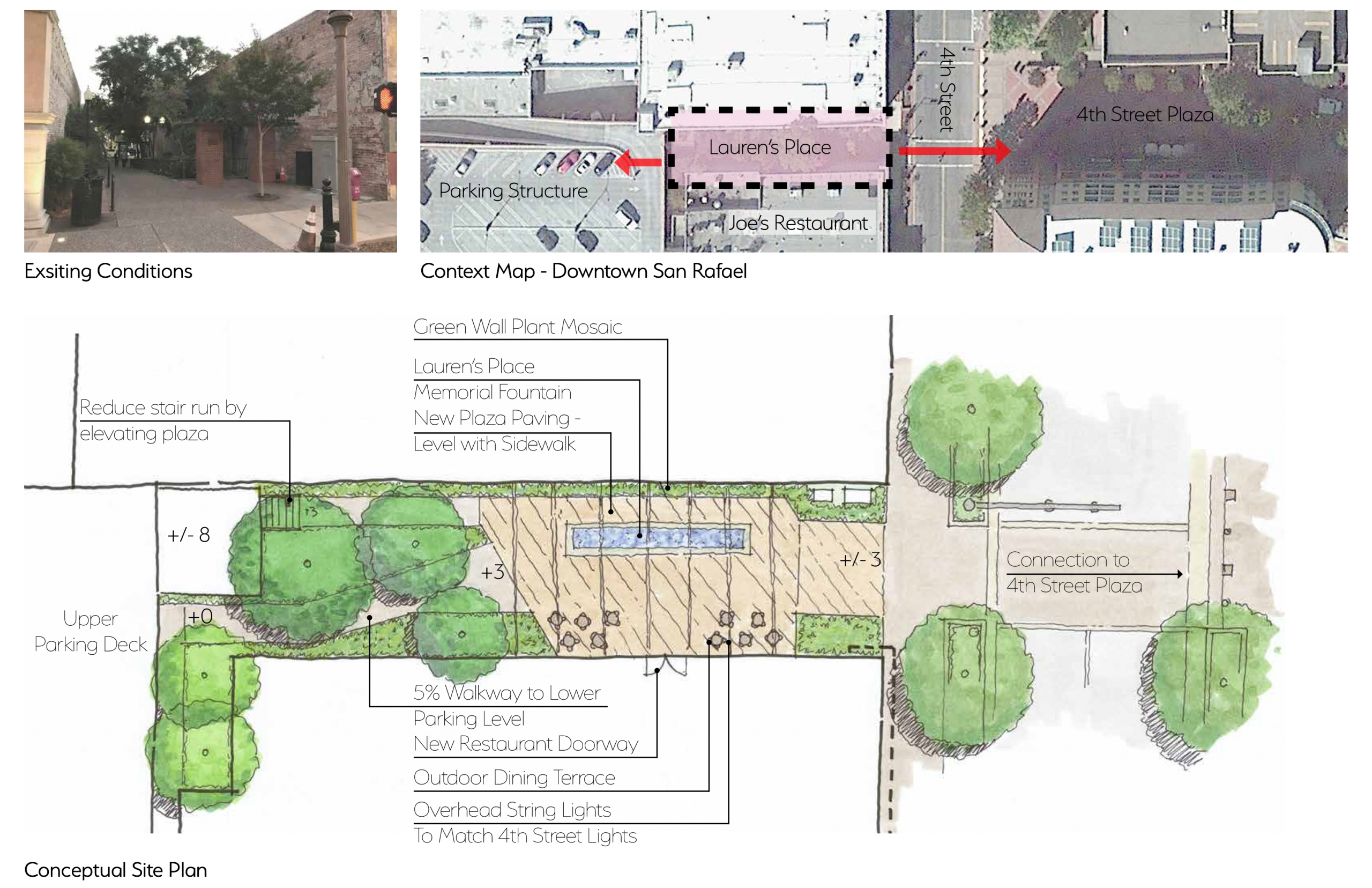 As an independent study for the recommemoration of Lauren’s Place Memorial on the 20th anniversary of 9/11, this proposal speaks to the healing process following trauma. By elevating the alley to street level, making it a usable, inviting space that is immediately integrated with San Rafael’s “Main Street,” the memorial itself is given more prominence. Elevating the alley also opens the potential to create a side entrance into Joe’s Restaurant, a long-time community establishment that is in dire need of additional outdoor dining space. Overhead lights tie in with the city’s “Dining Under the Lights” events, in which 4th Street is closed to vehicular traffic on select nights and the restaurants spill out onto the roadway. 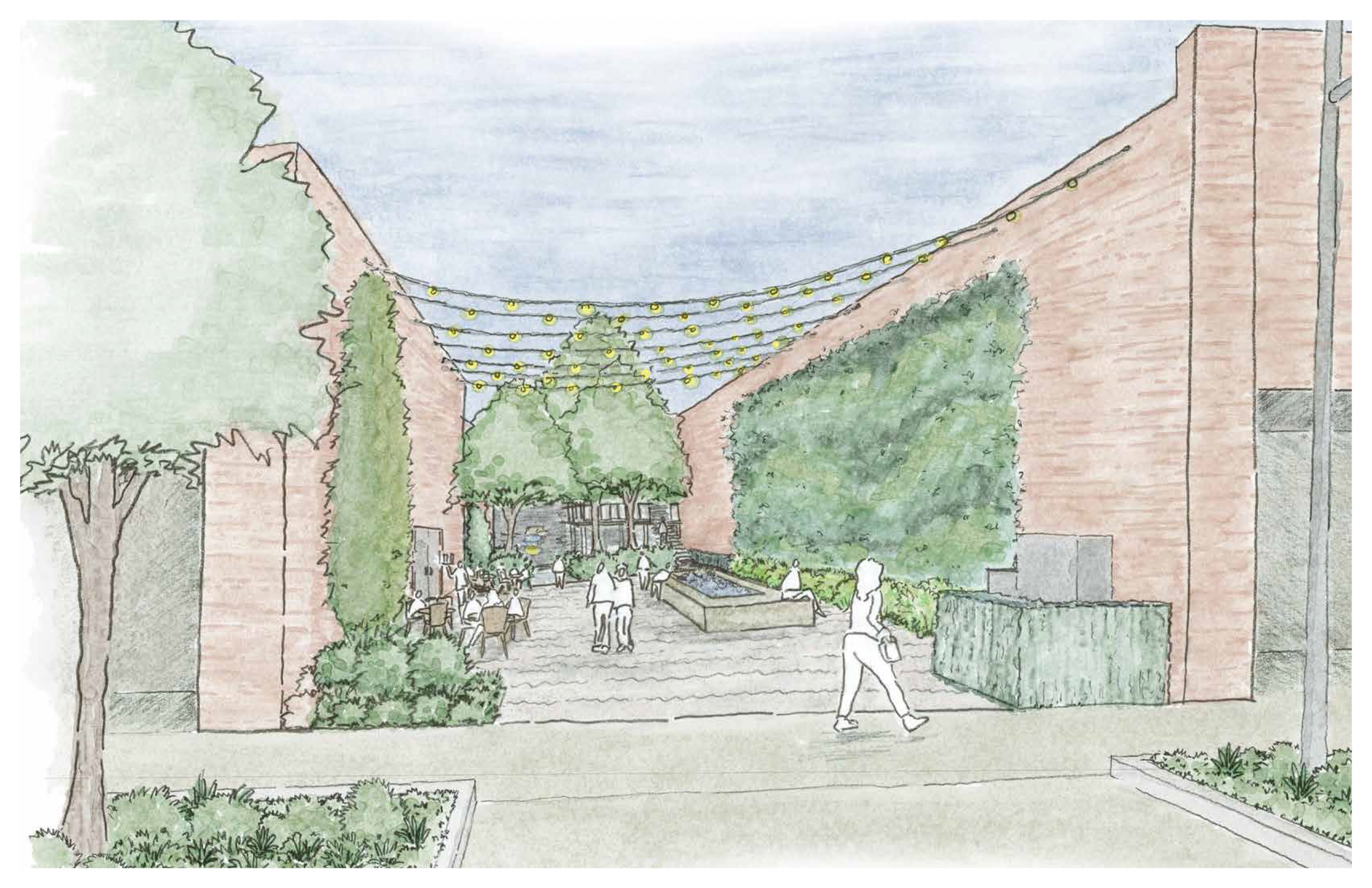 By clearing out overgrown trees and shrubs the alley is more light and airy — better connected with the sky. Foundation plantings frame the new outdoor dining space and a green wall plant mosaic is a visual backdrop for the Lauren’s Place Memorial fountain. In stochastic cycles water in the basin convulses with turbulence that builds in intensity, then sporadically tapers off and returns to stillness It is a reminder that trauma and healing are interwoven processes.